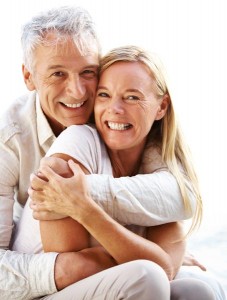 We all know men and women are very different creatures. In fact, you can see a pretty big difference between the two groups just by reviewing plastic surgery statistics. According to the American Society of Plastic Surgeons’ 2011 statistics, the male population accounted for just over a million minimally-invasive and surgical cosmetic procedures in 2011 while females accounted for more than 12 million of these procedures.  However, as reported by ABC news, men and women are beginning to seek cosmetic surgery together, a phenomenon known as couples’ plastic surgery.

Some plastic surgery patients struggle to know what to say to their mate when they begin to pursue cosmetic enhancement. The process can be uncomfortable because people worry their significant other will disagree with their choice or be somewhat intimidated. Fortunately for Heather Robertson, the woman featured in ABC’s story as reported by the American Society for Aesthetic Plastic Surgery, her husband, David, had the exact reaction the mother of four had hoped for when she mentioned her desire for tummy tuck surgery. He said he thought if anyone deserved a procedure like that, his wife did.

The couple has been together for 18 years, and they have both changed and aged throughout the years. As we often discuss in our mommy makeover surgery blogs, pregnancy and childbirth can permanently change a woman’s body causing weight fluctuation, muscle damage and loose skin. However, as David can attest, the children aren’t completely responsible for their changed appearance. He decided to follow his wife’s lead and have plastic surgery to get rid of his double chin.

When hearing the phrase “couples’ plastic surgery,” a person might assume that each person is having the same type of procedure. For instance, some may envision a husband and wife seeking liposuction or tummy tuck, or couples getting Botox® or facial filling injectables at the same time. However, the Robertson’s experience demonstrated the fact couples can pursue different plastic surgery procedures that target their personal areas of concern and still be there for one another along the journey.

Dr. David Whiteman performs a variety of plastic surgery procedures including cosmetic and reconstructive breast surgery, body contouring procedures, and facial plastic surgery, including the iGuide® neck lift technique to target double chins. If you’re interested in learning more about the procedures he offers, visit his website. Be sure to connect with Dr. Whiteman on Facebook, Twitter, and Google+ for the latest plastic surgery news and trends.

Check out our specials on Dysport®, Juvéderm®, Botox®, and Latisse® through the end of September 2012