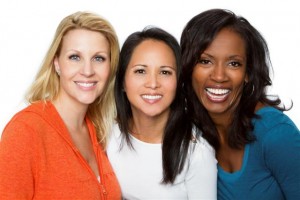 Whether it’s intended to be a cute description like love handles or more of a joke like turkeyneck, slang words related to plastic surgery are all over the internet. In fact, we commonly use these terms in our blogs. Most of these plastic surgery slang terms are self explanatory, but we thought we would break it down for you in case you’re not familiar.

“Elevens” – Also known as glabellar lines, these vertical lines between the eyebrows are often caused by repeated facial expressions such as frowning. Although they’re called elevens, at times, they appear as one line and sometimes three. These unwanted lines are often remedied with Botox® or Dysport® to relax the wrinkle-causing muscles.

“Bags” – Whether they’re caused by lack of sleep, allergies, or stored fat pockets, we’re all familiar with unsightly bags that form under the eyes. Depending on their cause, certain skin care products may reduce the appearance of under eye bags. Patients who have bags under their eyes caused by fat pads can benefit from lower blepharoplasty (eyelid surgery).

“Crow’s Feet” – Rather than between the eyes, these lines surround the outer corners of the eyes and are often caused by repeated facial expressions such as smiling. Botox® and Dysport® are successful in treating these lines as well.

“Turkeyneck” – If an image of a droopy chin came to mind as soon as you saw this one, then you probably know what it means. With age, the skin loses elasticity, collagen production slows, and the skin begins to sag. A turkeyneck describes drooping skin beneath the chin and is often remedied by neck lift surgery. Dr. David Whiteman prefers neck lift surgery with iGuide® for its natural-looking results and minimal downtime.

“Parentheses” – These lines, also known as nasolabial folds, extend from corners of the nose to the edges of the mouth and deepen with age. Many patients with these wrinkles pursue facial filling treatments like Restylane®, Radiesse®, and Juvéderm®.

“Nose Job” – This is one of the most common plastic surgery slang terms describing rhinoplasty, or surgery of the nose. Rhinoplasty may be pursued for cosmetic or reconstructive purposes in order to reshape the nose or to restore functionality and aesthetics.

“Brotox” – Due to the increase in the number of men seeking Botox®, the media has coined a nickname for men using the product: Brotox. More men are seeking cosmetic procedures in order to stay looking young in the workplace, and many begin with Botox® and facial fillers for facial rejuvenation.

“Trout Pout” – While lip enhancement done well looks great, the phrase trout pout isn’t always positive. Although the trout pout  or big plumped up lips were popular a couple of years ago, patients are now opting for a more natural lip enhancement with fillers like Juvéderm® and Restylane®.

Contact our office to learn more about a certain procedure or to schedule a consultation. Check out the blog about current specials on cosmetic injectables, facial fillers, and Latisse. Be sure to stay tuned for our upcoming blog on plastic surgery slang for the body. In the mean time, connect with us on Facebook, Twitter, and Google+.

Did You See Us in the August 2012 Edition of Best Self Atlanta Magazine?

Save this August 2012 at Laser Lights